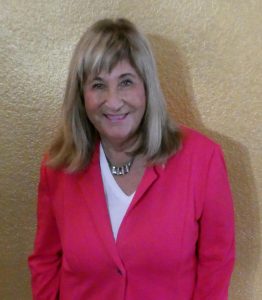 Paola is an Italo-American photojournalist and investigative reporter in the field of extraterrestrial related phenomena research.  She is also a widely published free-lance writer, especially in Europe.  She produces the annual StarworksUSA conference in Laughlin, NV.

Paola has studied extraterrestrial related phenomena since 1979 and is on personal terms with many of the leading researchers in the field.  From 1980-1986 she assisted Dr. J. Allen Hynek with his UFO investigations and has interviewed many top military witnesses concerning their involvement in the government truth embargo.

In 1997, Ms. Harris met and interviewed Col. Philip Corso in Roswell, New Mexico and became a personal friend and confidante.  She was instrumental in having his book The Day After Roswell, for which she wrote the preface, translated into Italian.  She consequently brought Colonel Corso to Italy for the editorial group Futuro, publisher of Il Giorno Dopo Roswell, and Corso was present for many TV appearances and two conferences. She returned to Roswell in the summer of 2003 for the American debut of her book, Connecting the Dots; Making Sense of the UFO Phenomenon.

Because of her international perspective on extraterrestrial related phenomena, Paola has consulted with many researchers about the best avenues for planetary disclosure with emphasis on the “big picture” and stressing the historical connection.  She was a close friend of the late Monsignor Padre Corrado Balducci and assisted in filming the Italian witnesses, including the Monsignor, for the Disclosure Project for the May 9, 2001 press conference.  She was instrumental in bringing to Italy Robert Dean, Dr. Steven Greer, Linda Moulton Howe, Dr. Richard Boylan, Russell Targ, Travis Walton, Derrell Sims, Helmut Lamner, Michael Lindemann, Nick Pope, Bill Hamilton, Ryan Wood, Carlos Diaz and Dr. John Mack.  Her new non-profit association, Starworks Italia, will continue to bring speakers to Italy and promote disclosure and exo-political dialogue world-wide.

She has a regular column in Area 51 UFO Magazine, has written for Nexus, Australia, Notizario UFO and Dossier Alieni, among others publications.

Paola lives in Rome and Boulder, Colorado and has a Masters degree in Education.  She teaches history and photojournalism and On-line classes in Exopolitics for Dr. Michael Salla’s Exopolitics Institute for which she is the International liaison director.