Taking Ufology Out of the Dark Ages; The Emergence of Exopolitics and The Need for Our Species to Develop a Philosophy for Eventual Contact. 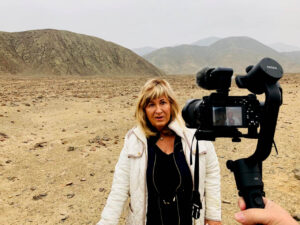 Taking Ufology Out of the Dark Ages; The Emergence of Exopolitics and The Need for Our Species to Develop a Philosophy for Eventual Contact.

For sometime now, I have come to realize that we, researchers may have remained static while the scenario around us is changing. We are still categorizing UfO sightings which are now too numerous to mention, analyzing physical traces cases which have similar properties, and interviewing witnesses, dragging them before the media. One only needs to subscribe to George Filer’s Files to see, that with the modern digital cameras, we are recording more than enough evidence of anomalous objects in the skies around the world to reach a verdict in any court of law. We are still doing the job. We are still doing the same thing although everything around us is changing.

But there is one unexpected element in this equation that we did not consider years ago. Put in modern jargon “Are the UFOS that we are seeing in our skies, our stuff or their stuff”? We are now cognizant that there has been enough of a technology exchange that can confuse even the most experienced skywatcher who thinks he is seeing something extraterrestrial. We now know there is retro-technology being tested in our skies. Even Clark McClelland (NASA ground crew astronaut engineer) was warned when he went on vacation in Belize years ago to watch the skies for the latest craft (See Story on website).

All this now presents us with an ethical challenge not to attribute to extraterrestrials what is terrestrial. This also presents us with a threat because if we should ever be attacked, we would not be able to distinguish whose machinery since it is virtually indistinguishable today. We need to be on our guard not only for disinformation but also for “misidentification”! The entire scenario is becoming more apparent.

Another element that has shifted is the entire abduction scenario. Dr.Mack, in his last lecture here in Florence Italy in 2003 before his death, said there seems to be many fewer abductions done by small Grey beings. It seems the alien agenda has changed and people are being directly downloaded with images, messages and information. It seems that “whatever is out there” is going directly to the people. People are coming forth with prophesies, predictions and sometimes with new scientific information and mathematical formulas. Earthy science seems to be developing quantistically to join with metaphysical principles and generally we seem to be amalgamating the information of centuries to try to understand who we are and from whence we came. This also signifies a major shift which he called “a new worldview”.

The transformation of this entire study or what we researchers claim is a study of Ufology is undergoing a transformation which includes the emergence of many new young theorists, many professionally oriented researchers, and some political activists. Some of these new faces include Grant Cameron (Researcher on the Presidential Involvement) Richard Dolan, (Editor of Fate magazine, UFOS and the National Security State), Dr. Michael Salla (Author of Exopolitics), Steven Bassett (X-conference organizer, political activist and lobbyist)and Ryan and Bob Wood (MJ-12 documents and Crash Retrieval Conference) This impetus has extended to college and university courses which legitimize this research and are creating of it a new social science. (see my website for Rebecca Hardcastle)

Although I have been for the most part a “field Researcher”, it is this academic element that now interests me most.There is a need to build a the philosophy around contact, visitation and galactic interference in our affairs. Living in Italy for some thirteen years now and being infected by the Renaissance philosophical shift and Renaissance thinking, I have only recently begun looking at this research in an exopolitical framework, thanks to the work of Dr. Michael Salla in his new book Exopolitics. Leave it to a college professor to shed some new light on what we “nuts and bolts” ufologists have been doing for years, in my cases as far back as the J.Allen Hynek years of the 70’s and 80’s! His book Exopolitics has us look at the true implications of this increased focus on UFOs for the last 50 years on our culture and society since the “gift of Roswell”! Roswell was the turning point as it became a race to hide the truth and create such a disinformational network that it has most of us chasing our tails. The Government is not at fault and yet we blame the mythical government which has changed hands ever so many times since 1947 and which even misinforms its own presidents. We blame the military but not all the military is guilty of this massive cover-up. It has been trying to keep the technological and back-engineering under wraps but they themselves probably do not understand the whole story nor its real implications. The right hand often does not know what the left hand is doing and the “information handlers” have all been replaced over the years.

So the question is “who is in charge today”? What are we to expect from our own UFO copycat technology? Where are the Aliens? Where are the crashes? Why are more credible witness being allowed to talk and who is now running the show?

I recently began looking at this paradigm shift in another light since it seems that contact has changed and the agenda seems to be shifting directly to the people. There is much evidence with the witness testimony that is now emerging and with the presentation of the Steven Greer’s Disclosure project and the X-conference, both in Washington DC that some interesting doors seem to be opening. It is now 2005 and roughly fifty years after the Holliman Eisenhower Accord. The question is “will there be a shift in consciousness, in philosophy and will people be tired of this planetary control though fear, terrorism or otherwise?” Will the military be tired of keeping secrets that in the end is not in its best interest in the protection of freedom? All these questions are pertinent today to what is a Earth bound civilization of human beings who are watching one tragic Earth change after another happen, some of them consequences of their own raping of the environment.

Lately I have noticed a real hunger and eagerness to know the truth and a real cooperation to share information and facilitate disclosure which is replacing the territoriality of the researchers the past. Maybe the time has come to get on with it!

The Charles Hall case, which is a major quantum leap in disclosure and expert witness testimony opened many doors to cooperation among different types of researchers. It began with my research of the case in July 2003 with airlines pilot David Coote and LAPD retired policeman Steve Natale and has been enhanced by the contributions of researchers all over the world who, like me, are trying to figuratively digest the fact that alien civilizations have been hosted on Earth as early as 1965 in a cooperative technology exchange. If one is to believe ex- Air Force weather observer Charles Hall, and the story is so rich in details that there is little reason to disbelieve him, we have had entire families of these so called star visitors on the planet for some part of our history. But of course Clifford Stone told me this years ago but who is he but someone who actually was involved in crash retrieval?

The fact that people like Charles Hall, Clifford Stone, Colonel Philip Corso, Clark McClelland and other credible military witnesses are being allowed to talk makes me think that the agenda has changed and disclosure is close.

I remember when Carl Sagan helped create the fascinating scientific field of Exo-biology and he talked to us about the possibilities of extraterrestrial life on the NOVA programs. It was clear he knew more but logically he needed to present it in stages. It began a process of acceptance of possibilities; a slow step towards the revealing the truth. And as hypothetical as it was then in the 70’s, it has become more real in this millennium with the exploration of our many interplanetary probes. Therefore, it is logical that the creation of Exo-biology goes hand in hand with the creation of Exopolitics as we on this planet will need to study the implications, but even more the protocols, of contact! Thanks to the pioneer work of Dr. Michael Salla, we can begin to plan and decide “as a species” what we are to do… We should create a philosophy but even more importantly a protocol and political strategy that will not be based on fear but on mutual respect. True that not all “ET contact” may be positive, but we should demand some clear indicators. Will our reaction as a species be “shoot first and ask questions later” as the Von Braun prediction begins to unveil itself. I would be quite hesitant to begin a war with a super galactic force. All we know now is that “we are being watched”!

If the new “alien agenda” is to go directly to the people, then how will the people act or better “react”. (One is a carefully planned policy the other is a violent and unprepared reaction based on fear.) That is why it is ever so important that we weigh the exopolitical implications of this inevitable contact through examining the actual facts and testimony and past political policy. That will become more important than measuring the radiation level of the soil sample or the radar positioning of the object in our skies! Ironically, the UfO examined could be ours. It is time to determine our individual positions and our own individual philosophy of contact and then look at our role as a species.

In the end, we need to work out a philosophy of study that can be incorporated in our academia to educate our future generations so they do not re-invent the wheel but maybe re-interpret it. Also, to eliminate this regime of “fear”, we may need to return to a more naive time where we acted out of respect to bring back the enthusiasm of the 50’s days of space exploration and Sagan-like wide-eyed wonderment of the Universe. With a philosophy in place, the protocol must come next. Ex-airman Charles Hall, when confronted with the physical presence of the “Tall Whites” needed to decide whether to stand or run, whether to speak or shoot, whether he was sane or insane and whether he acting as an individual or part some established program. This is all protocol and any future contact will present us with these future dilemmas.