The Evolution of Jacques Vallée by Paola Harris

The Evolution of Jacques Vallée

A personal reflection by Paola Harris, investigative reporter and photojournalist 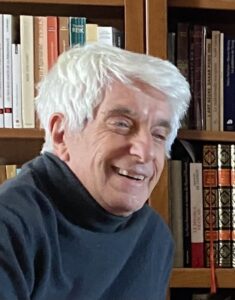 In August of 2020, we all went Le Marais French bakery in San Francisco. Paul Hynek, the second the youngest son of Dr. J. Allen Hynek and I were accompanying Dr. Jacques Vallée there. We were excited to watch him order his favorite French breakfast.  But he merely walked in, looked around and walked out, saying “I just want toast and American coffee.” Paul and I looked at each other very puzzled and realized that Jacques was fully integrated into American life. We, on the other hand, ordered quiche, croissants, other pastries and cappuccino. It was a fine sunny day in the San Francisco bay area with fine conversation and great revelations. 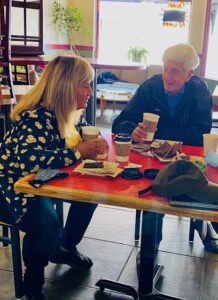 I realized that the image of astrophysicist Jacques had transformed over time. His detailed categorizing of UFO files for Dr. J Allen Hynek and his involvement in the 1970s with the United Nations’ request to consider the UFO question among nations, helped legitimatize a fringe science.

He has done much to give the study of UFOs a credible image. One must admire his incredible writing expertise. Since his sighting in Pontoise, France in May 1955, he has been very interested in the paranormal and the UFO phenomena, giving the field its greatest credibility. An astrophysicist and a venture capitalist by trade, Jacques Vallée has always been a computer scientist involved in this field. People think him mysterious at times, because he is often withdrawn from the mainstream and doesn’t look for publicity. But if you speak to him to him personally, you realize he has always been very much involved and still does not miss a thing.

He is, of course, most known as the character played by François Truffaut in Close Encounters of the Third kind.

When I met Jacques Vallée in 2017, I realized that I was in front of an intensely transparent, honest and intensely sensitive man, but also a very skeptical scientist. Today, at 81 years old, he is still the young enthusiastic figure who is portrayed in Spielberg’s film. However, the challenges are new, the field is evolving, and that allows for us to ask him the vital questions that fascinate most people want to ask him. Do you think there will be disclosure? What do you think of the phenomenon now in 2020? What contribution do you see yourself giving to the field at your age? What have you learned over the years that has surprised you the most? Sitting with him and Paul Hynek in San Francisco under the beautiful sunny sky of summer, we could have this conversation.

“Well Paola, consider that disclosure is only the second half of the cover up,” he says. “What does that mean?” I asked him. “For the last 70 years, the existence of the phenomenon has been denied by the government and the physical evidence has been kept from mainstream science in the basement of classified defense contractors who don’t have to report to the public.

Things are changing now in part because we have discovered so many planets that can support life and intelligence, and because so many witnesses have spoken about their experiences. The phenomenon cannot be net denied completely anymore, but governments around the world are still afraid of allowing scientists and the public to see the full extent of the problem.

“Why not come clean?” I asked Jacques. “For several reasons, Paola. First the government itself doesn’t have the answers: the phenomena are complex and it upsets many things (including perhaps some religious beliefs). The hardware that has been confiscated has not given up its secrets, evidenced by the fact that we are still launching traditional rockets and have no explanation for what the witnesses describe when they are when they see a UFO today.”

“This environment, any progress towards disclosure (however you define it) would be controlled and watered-down through media channels. We’re a long way from the real, completely open, investigation associates and I would like to see. The New York Times is a great paper, but people need to be smart enough to see that Chris Mellon, in his valiant attempt to talk about disclosure, was behind the current stories.

In the past. some people have seen Jacques as a skeptical observer who has always emphasized science. Ironically, his Forbidden Science series, all four volumes, are diaries and probably the best books on disclosure ever written. They include daily entries of major players in private enterprise and the intelligence community who have consulted with Dr. Vallée on the subject, many coming from different countries. People don’t often realize that he is a sensitive poetic writer and an observer of human nature. The Forbidden Science volumes include all of his personal material and family life and everything that he wants the outside world to know about him. When I questioned him on how he could be so open about his life, he said “How will they know me if they don’t know the thinking of the man behind the questions?

The most notable phrase that perhaps might be used about Jacques Vallée is that he appears to be paradoxical. Creator of the first social network in the ARPANET and part of the Silicon Valley technology revolution, he will admit that he still has a vested interest in the technology. However, it is this same technology and the meta-metals that Jacques Vallée is testing with Dr. Garry Nolan in Silicon Valley. The advanced machine and the method are seen in James Fox’s blockbuster, recently released movie “The Phenomena” where Jacques is seen explaining how science can be of value in proving the existence of UFOs. This work at Stanford is very close to his heart because he still has an intense interest, and an eternal hope that science can help achieve some understanding of this phenomena. 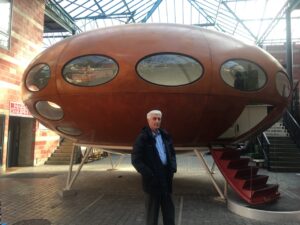 The other side of Jacques Vallée is the most interesting. Surprisingly in 2020, while speaking to him, I can see that he has evolved his thinking while reaching a different perspective. He talked to me about the field research he and his late wife Janine had done on the Juan Perez Case in Argentina. This case is highlighted in Alan Stivelman’s documentary featuring Jacques, called Witness to Another World.  The film details Jacques’ return to check on the life of this young witness, now a grown man and how he has reintegrated himself into society.

The abduction of Juan Perez by robotic beings is a fascinating story. It changed his life, alienating him from his village and his relatives. This contact was here that Jacques Valle became very interested in the sociological implications of Contact.  He explained to me that psychology, science and social interaction are very much a part of the UFO phenomenon. But then came the statement, that “wow” moment for me, when he said, “The phenomenon is really all about people like José Padilla in New Mexico and Juan Perez in Argentina. It is not about spaceships and fancy chemistry … but mundane stuff like love and respect … the stuff they never talk about on TV.”

Jacques’ vision, tempered by his life experience, is that of a man who can see the whole picture and appreciate what is truly valuable. Ever the astrophysicist, ever the scientist, ever the astronomer, ever the companion to Dr. J. Allen Hynek, he remains a legend in his time. In 2021, we can see that he is now ever the humanist.  He is teaching us that we can grow, we should evolve in our thinking and STILL be fascinated with the fact that truly, we are not alone in the Universe.