Interview of the Month – Insider Charles Hall and the Tall Whites 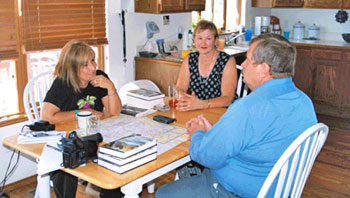 1. What evidence that there are Extraterrestrials interacting with Humans on this planet?

In addition to my own personal experiences, the best evidence that I have consists of the verbal reports given to me during the 1965 to 1968 time frame by the other men who served with me in the USAF. I, myself, do not have any physical evidence, photographs, logbooks, anything printed or written reports. However, over the years, I have seen several pictures and highly reliable reports published in books by other authors that showed and reported on the tall whites. The pictures also showed one of the tall white’s scout craft. One of the most interesting reports was published by Alan J. Hyneck of project Blue Book fame. He reported having chemically analyzed material that was reported to have fallen out from the bottom of a UFO. In his report, published back in the late 1960’s, (not sure of the exact date of publication ) he stated that its chemical composition was similar to the composition of slag taken from an aluminum furnace that had been heated to approximately 1100 degrees F (I am doing this from memory and believe that I have the proper temperature).

He failed to notice that the chemical composition of that “aluminum slag” is the same as the composition of modern fiber optics that has been heated to its melting temperature. Optical fibers have a chemical composition that is very high in aluminum. If he had noticed the similarity, he would have had strong evidence for the existence of UFOs that also pointed the way towards understanding the construction of their anti-gravity drive power plant. If American scientists would inspect the sub atomic particles that are easily created, (such as meson, baryons, etc) to see which ones can have their path of flight controlled by optical fibers, his work would have resulted in one of the major discoveries in physics of all time.

2. Can you speak from personal experience? 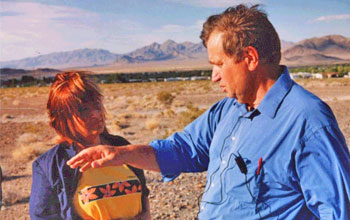 3. What was your job and position on the Nellis Base? Please state the dates.

I enlisted in the USAF in July 1964. After completing basic training at Lackland AFB in San Antonio, Texas, I was trained as a USAF weather observer at USAF Weather Training School at Chanute AFB, Illinois. My duties were that of a USAF weather observer during my entire service in the USAF. In late March or early April of 1965, I was assigned to the weather squadron stationed at Nellis AFB at Las Vegas, Nevada. I was stationed at Nellis AFB from the early spring of 1965 until May 1967. While I was permanently stationed at Nellis AFB, Nevada, I was assigned to several temporary tours of duty as the duty weather observer to the Nellis gunnery ranges that are located at Indian Springs, Nevada. Temporary Duty meant that I received extra pay and benefits while serving on the Indian Springs ranges. However, my chain of command, my pay records, and my mailing address remained at Nellis AFB. In between my temporary tours of duty at Indian Springs, I could return to Nellis AFB for duty for various short periods of time.

For example, I returned to duty at Nellis AFB for the Christmas holidays of 1965. As described in my first book, Millennial Hospitality, at first, the other USAF weather observers and I shared and rotated the duty at Indian Springs. However, during the late summer of 1965, and at least twice again in the very early spring of 1966, in separate incidents, my replacement weather observers reported being terrified and threatened while out on the ranges. One was very badly attacked and given a medical discharge. Another two-man team of weather observers refused to go out onto the ranges because they reported that they were followed and harassed when they were out there. After those events, as described in my first book, a committee of high ranking USAF officers and government officials was formed and they decided to send me alone as the primary duty weather observer for the Indian Springs gunnery ranges, while still maintaining the temporary duty status with its extra pay and privileges. I was given special orders, as described in my first book. From that time on, I was stationed almost continuously at Indian Springs. I returned to duty at Nellis AFB only for a few short periods of time to rest and take leave, etc.

4. Were there others besides you that saw the Tall Whites?

Yes, the tall white extraterrestrials were seen out on the Indian Springs Ranges by many other USAF personnel. These USAF personnel frequently encountered them at close range in and around the buildings located out on the various ranges during both day and night time operations. Encountering the Tall White extraterrestrials at close range was such a shock that they were frequently reported as ghosts, angels, or as fantastic creatures. For example, weather observers who saw a group of them standing side by side would commonly report having seen a radioactive floating horse named “Range Four Harry.” Other USAF personnel would report seeing short glimpses of the tall whites at close range, and then report having had a “Missing Time” experience or having had an unusual dream.

5. Were they ever in the company of other military and when?

Yes. As reported in my books and writings, I frequently saw the tall white extraterrestrials accompanied by UASF Generals and other high-ranking USAF officers.

6. When was your first encounter with these white beings?

In late May of 1965 and early June of 1965. However, it took me many months to control the shock, the terror, my natural fear of them, and to accept the reality of my experiences. As described in my books and writings, for many months I lived in denial of my experiences, preferring instead to believe almost any other explanation for what was happening.

7. What message did the teacher give you and how do they wish to interact with us?

The Tall White female who called herself “The Teacher” explicitly stated to me that all they really wanted was for people to enjoy them, while they were here. 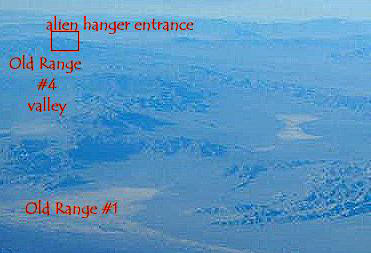 8. Do you still think they are there?

Yes. I believe that they are still there because the main hanger and their living quarters were permanent constructions located in the mountains at the north end of the Indian Springs valley. The aliens live underground. The main hanger is underground and dug into a mountainside. It has an ideal location. It allows the tall white deep space craft to easily arrive here on earth, land in front of the hanger entrance, and to enter and later leave the hanger without being easily observed and without interfering with civilian airline operations in the Las Vegas area.

9. Do you believe that there could be other races on Earth and Where?

Yes. In the third book entitled “Millennial Hospitality III, The Road Home” I describe the second race of aliens that I have personally met that are here on earth. In my book I refer to them as The Norwegians. I believe that they are coming here from one of the nearby stars such as, perhaps, Bernard’s star, which is approximately 5.5 light years away. They might also be coming from the next star past Barnard’s star, which is approximately 6 light years away and located in the same general direction. I encountered them in Cambridge Wisconsin in 1961, and again in Madison Wisconsin in the fall of 1962 and in the very early spring of 1963. They look exactly like people from southern Norway, except that they have only 24 teeth and slightly webbed toes. Humans, of course have 32 teeth. The teeth on these aliens have much shorter roots than human teeth, and they can replace any tooth that they may accidentally lose. This means that they are not limited to only two sets of teeth the way humans are. I would think that there would exist some dentists, both in    Madison, Wisconsin, and in northern Europe in other University communities in the colder portions of the world that could verify their existence. Incidentally, as described in my books and writings, the ones that I personally met, had unusually calm and pleasant dispositions. They seemed to want only to fit into our society and enjoy life.

10. Why did you write Millennial Hospitality ?

I wrote The Millennial Hospitality series because I want my children and grandchildren to understand how I felt when I encountered the tall white extraterrestrials out in the Indian springs valley in Nevada.

This entry was posted in Interviews, Latest News. Bookmark the permalink.