An Encounter with Antarel at Mt Shasta

As in the movie CLOSE ENCOUNTERS OF THE THIRD KIND, I was invited.

This 1977 film began my life as a researcher because I went to find the father of Ufology, Astronomer Dr. J Allen Hynek, and I worked with him for 6 years until he died. So it is logical that the film invitation would be followed by a invitation to experience actual contact 34 years later on September 21st, 2014. 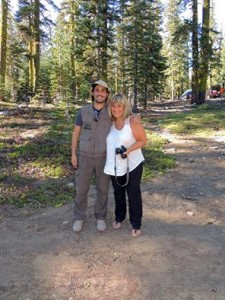 This past year, I was researching Contact from the Stars and Spacebrother / Human-type alien interactions when I encountered Ricardo González from Peru. I interviewed him for my Italian magazine X-TIMES.

Ricardo is perhaps one the most prepared, brilliant researchers in the world. He is impressive with his commitment to world peace and his search for truth and his many travels around the world. He is a Peruvian who lives in Argentina with his companion SOL SANFELICE , who has the singing voice of an Angel.

Ricardo has a group of 7 good friends, including SOL SANFELICE, his companion, as well as Corinna Muzi, who was my Spanish interpreter because she speaks Italian, my first language. These  friends travel with Ricardo and recently returned with him from ALTAI in Russia. They all were very aware of the precarious, geopolitical situation that interests, not only us, but the star people. In three days on Mount Shasta, we surrounded the planet with light, chanting OM and meditating and praying for peace. 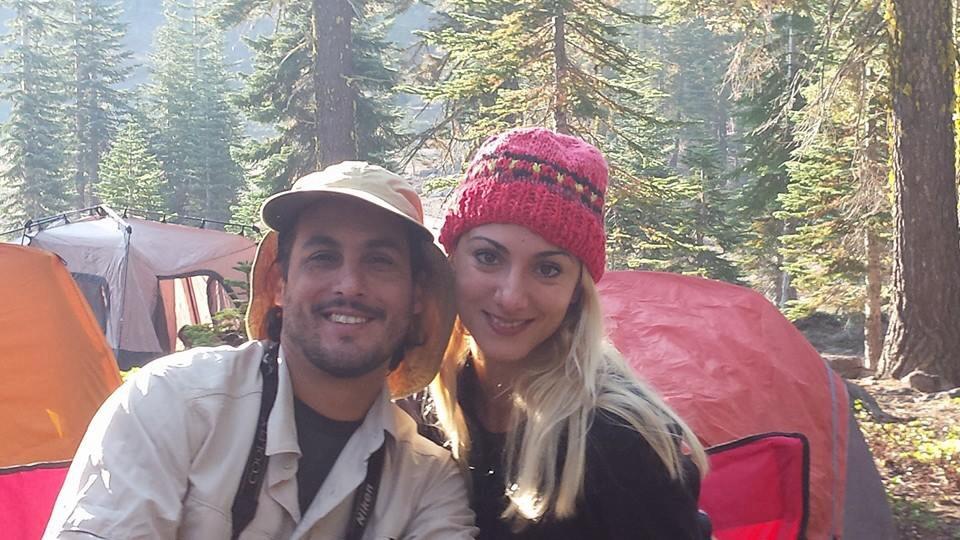 In August of this year, Ricardo wrote me that he was holding his annual Mount Shasta meditation seminar and that Antarel asked I be present. Ricardo later clarified that Antarel’s invitation for me to come to Shasta was first received by him in Altai on August 2, then later confirmed in a new message received in Spain on August 10, which Ricardo forwarded to me. My translation of the invitation is, “Get ready for Shasta. We will reveal ourselves and you will invite Paola Harris. We do this in order to keep supporting your work and spreading the message to promote more real vision of our intentions of helping the human being. We are one…” — Antarel  (Message received in Malaga, Spain, August 10th, 2014.)

I have always wanted to go to Mount Shasta, and for three days that I was there with 165 Spanish speaking participants. It was an emotional experience. We were sleeping in tents under the stars, fasting — with little food — to raise the vibration, and meditating on WORLD PEACE most of each day. It was here that I experienced a life changing moment. I was quite content to be part of this wonderful group of Hispanic light workers, knowing that Extraterrestrial craft was flying over our heads — at times captured by Ricardo’s night vision equipment. At 20:30 hours, two UFOs flew parallel over our heads as predicted [see video above].  It was an omen of things to come. 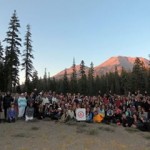 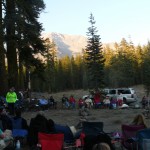 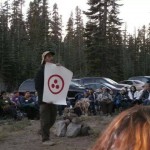 Around 22.30 PM, the night of the Autumn Equinox, Ricardo asked us to do a most unusual exercise. We were to chant OM in the Sand Flats under the stars, not using any flashlights, with no full moon in total darkness. We were then to disperse and walk in a limited area for one half hour. In that time we were to select a small rock to place on the peace flag which was created out of stones in the main camp site. Then we were to return to our chairs. 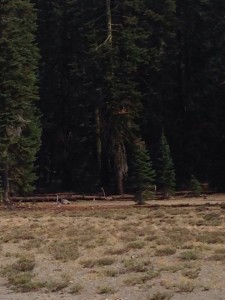 I noticed my interpreter, Corinna, was missing. It was that moment that Ricardo rushed over to me and said “Antarel is here. My people are with him, do you want this contact? Can you handle it? Can you come to the Forest Area with me?”

It was a terrifying, split second decision that would change my reality forever. My heart was beating very fast.

Antarel had invited 2 more ladies and all three of us held hands, walking toward a corner of the dark forest on Mt Shasta. Ricardo shouted back to his group to continue meditating with a friend, who he put in charge. It was quite unexpected for him as well. I was on the right side of the group and as long as I my right hand was in the hand of the other woman, I felt safe. From far away, I saw a light mist rise from the ground, on the left side of a spruce tree. Ricardo explained to me that a porthole had opened called a Xendra. 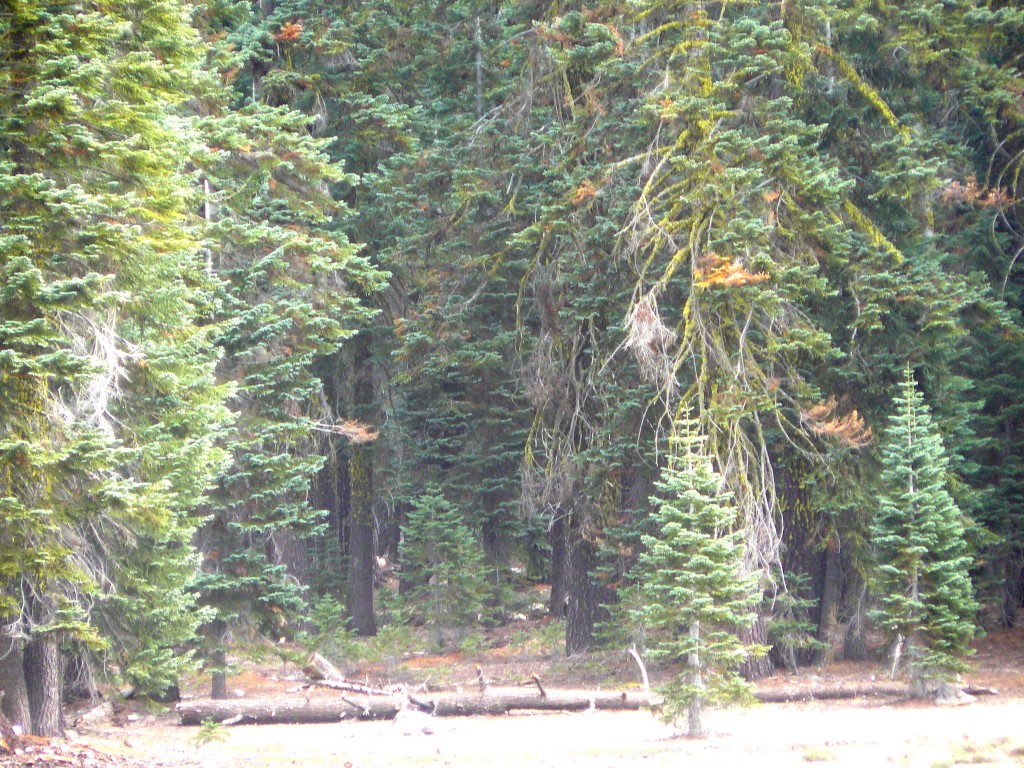 I then saw Corinna and, next to her, Sol Sanfelice, whose arms were stretched out. She was standing still, looking at at a three meter giant in the woods. Sol was inching her way towards him because that was the first time she had seen him in the physical form. She told me later she wanted to embrace him. I was asked to drop the hand of the woman on the right. As I stood in the darkness, that was perhaps the most terrifying moment of all, that feeling of being alone. I could hear Ricardo chanting in the background, as he was not to be part of this encounter.

It was an invitation of CLOSE ENCOUNTERS and a moment in time that transformed a human like me to awareness that the forest, the people, the stars, Antarel and the group were ONE! 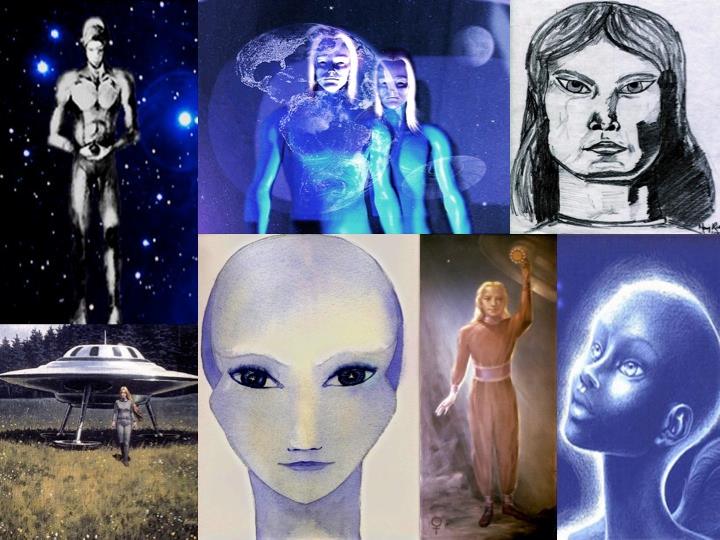 Antarel spoke in a language I could not understand. It was an echoing voice, much like a radio transmission. I tried so hard to hear his words that were coming from high on the trees to the right of me. Two words were very very clear “THANK YOU”! They echoed in perfect English. They were perfect and clear and came in an Echo.

We all felt him, some saw him…and he spoke to me. It was Contact. “Thank you” was for all of us. It was what this phenomena is all about. There is no separation.

As terrifying as the darkness, the forest and the situation was, it is that moment which changes everything. I remember when I first met Colonel Corso in Roswell, New Mexico in 1997. He told me that he had contact with an Alien being in Red Canyon and that the ET being asked the colonel to come aboard the ship. The Colonel asked him “What do you have to offer me?” The Extraterrestrial being answered “A NEW WORLD, IF YOU CAN HANDLE IT.”

The answer is “YES!” Yes to contact and yes to the Paradigm Shift.

Grazias, Ricardo and your friends.

Addendum
I recently found out that there were numerous transmissions about the encounter, including a psychic transmission on September 16th to one of Ricardo’s friends, Alejandro, who drew on paper what he saw. There are 3 drawings depicting this very event with my name, marked “Harris,” standing next to that spruce tree in the exact spot I was standing on September 21st [see below]. In Ricardo’s words, “Raymundo was the first of us to perceive the Xendra, then I confirmed it based on my personal experiences. After that, the group immediately began receiving information about the Xendra. Even before the drawings of Alejandro, the group already had information about the portal and an idea of you who would cross. From the beginning, we all knew you were the chief guest for that Xendra. The drawings by Alejandro were a later pipeline that provided details.”

It was all pre-programmed. All I needed to do was to say “Yes!” 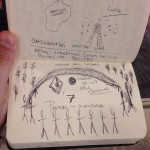 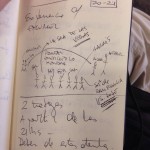 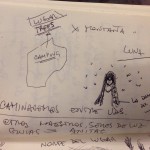 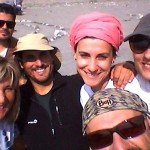 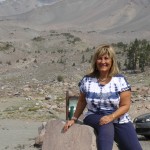 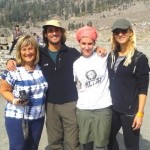 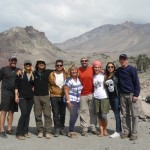 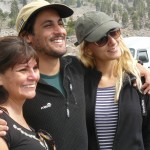 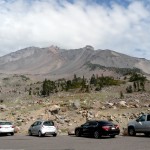